DeCosters must surrender; egg men finally to serve their time

To all the names people have called Austin “Jack” DeCoster — “habitual offender,” “bad egg,” “authoritarian” and “notorious” are among those often mentioned — add one more: “inmate.” After  losing at the federal appellate court level and being unable to obtain sentencing review by the U.S. Supreme Court, the man who once may have been America’s largest egg producer is going to jail for his role in a 2010 Salmonella outbreak traced to his eggs. Austin “Jack” DeCoster, left, and his son Peter DeCoster are each sentenced to serve three months in relation to the 2010 Salmonella outbreak that was traced to their eggs. It caused almost 2,000 confirmed illnesses and as many as 56,000 illnesses, according to the CDC.

But Jack DeCoster’s 53-year-old son Peter DeCoster will go away first. U.S. District Court Judge Mark W. Bennett has signed the incarceration orders for the DeCosters. Both men pleaded guilty on May 21, 2014, as a “Responsible Corporate Officer” to a single federal count of selling adulterated food. Each agreed to pay fines and assessments of $100,025, but they objected with Bennett  sentenced each of them to three months of federal incarceration. They did not think liberty could be taken away from a “Responsible Corporate Official” for violations where proof of personal knowledge of the offense did not exist. The Eighth U.S. Circuit Court of Appeals did not agree, and the Supreme Court did not choose to take up the issue — at least not now. Since getting the no-go from the high court, the DeCosters’ sentencing decisions are back in Judge Bennett’s court. He recently signed amended judgments in both cases. Under the new orders, here’s what is going to happen: On a date after July 20, to be chosen by the U.S. Marshals Services, 53-year-old Peter DeCoster will “self surrender” to the U.S. Bureau of Prisons (BOP). Bennett has recommended that BOP house the younger DeCoster at the Federal Prison Camp Yankton, SD, which is about 200 miles west of his Clarion, IA, residence. Bennett agreed in 2015 to allow Peter DeCoster to serve his 90-day sentence before his 83-year old father would have to report for his incarceration. In his newly signed orders, the judge requires Jack DeCoster to surrender to U.S. Marshals 30 days after his son has completed “service of his term of imprisonment.” 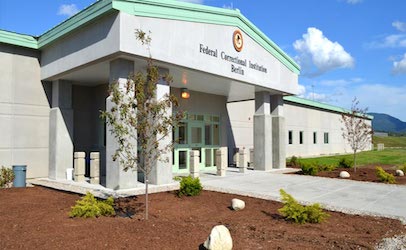 The elder DeCoster, who since his original sentencing has move back to Turner, ME, persuaded Bennett to change his recommendation to BOP so that Maine’s most infamous businessman might serve his three months at FCI Berlin, NH. On the edge of the White Mountains, Federal Correctional Institution Berlin is a medium-security facility with a minimum-security satellite camp. It’s current population if listed as 953 inmates, including 64 at the minimum-security camp. Bennett has recommended the elder DeCoster be incarcerated at the minimum-security camp at the New Hampshire facility. It is located about 70 miles west of his home at Turner, ME. Court filings show health concerns since 2015 sent DeCoster back to Maine and are major factor in his request to be assigned to the Berlin, NH, facility. “At the time Jack DeCoster made the initial recommendation request (for Yankton), his family lived near the facilities in Clarion, Iowa. In the interim, however, Jack DeCoster and Pat DeCoster, his wife, have permanently relocated to Turner, Maine, in part so Mr. DeCoster can be closer to his doctors and church community. The Satellite Prison Camp at FCI Berlin is the closest minimum security facility to his family that would allow for meaningful visitation,” his lawyers wrote. They suggested the wrong prison assignment “could be harmful to an 82-year-old man currently suffering from hypertension, hyperlipidemia, anemia, coronary artery disease, high blood pressure, prostate cancer, and pre-diabetes.” The Satellite Prison Camp at FCI Berlin is more likely to have conditions and medical resources appropriate for an inmate of Jack DeCoster’s age and health, his lawyers contend. During his incarceration, DeCoster will be “consulting with a cardiologist and having certain cardiac tests performed, as recommended by his primary care provider in response to recent episodes of dizziness and weakness.” At one time prior to 2010, the DeCoster family’s Quality Egg LLC through various silent and secret ownerships may have been the nation’s largest egg producer. Two of its companies in Iowa in 2010, Wright County and Hillandale, were blamed for a nationwide Salmonella outbreak that caused the DeCosters to recall more than one half billion shell or table eggs. The outbreak, however, reached 1,939 confirmed cases, and disease modeling by the federal Centers for Disease Control and Prevention (CDC) estimated as many as 56,000 people might have been sickened in the Salmonella Entities outbreak, a fairly common bacteria. Quality Egg came under scrutiny by the U.S. Department of Justice when the Food and Drug Administration found the company was shipping eggs that had tested positive for the bacteria. That resulted in the 2014 plea bargain whereby the corporate entity of Quality Egg pleaded guilty to three violations, including felony bribery of a USDA egg inspector, and the DeCosters each pleaded guilty to a single misdemeanor count. In addition to the $100,025 fines each man paid, the family corporation was fined $6.8 million. All the fines and assessments have been paid, according to the court records, but an $83,000 restitution order remains outstanding. Since Jack DeCoster started in the egg business in 1949 at age 14, he’s often run afoul of labor and environmental laws. He’s had running feuds with governors, state attorney generals, and even one federal labor secretary. One industry observer once said Jack DeCoster views the millions he’s paid out in fines as anyone else might view insurance premiums — just another business expense. But until now, his costs of doing business have not included jail time. (To sign up for a free subscription to Food Safety News, click here.)